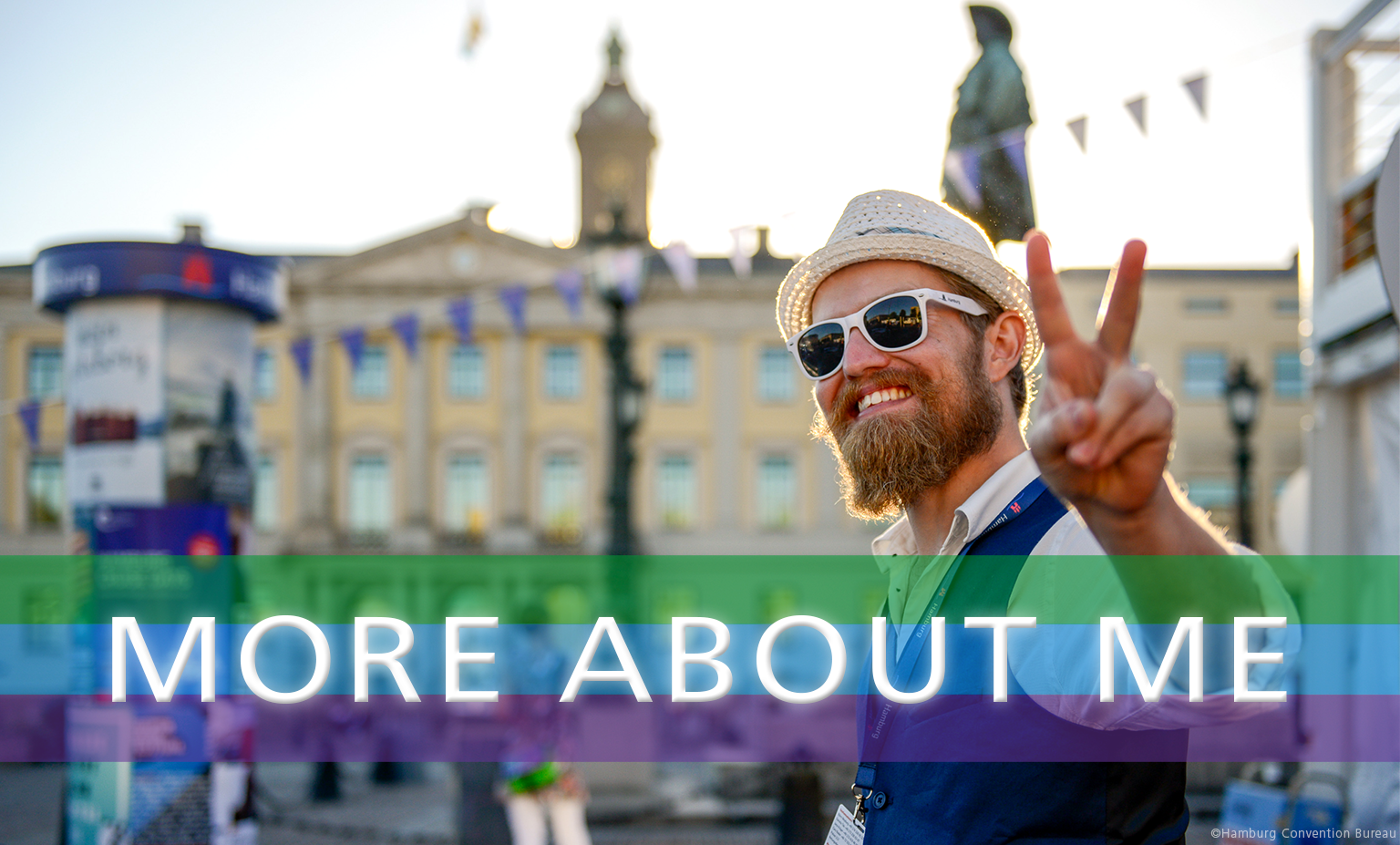 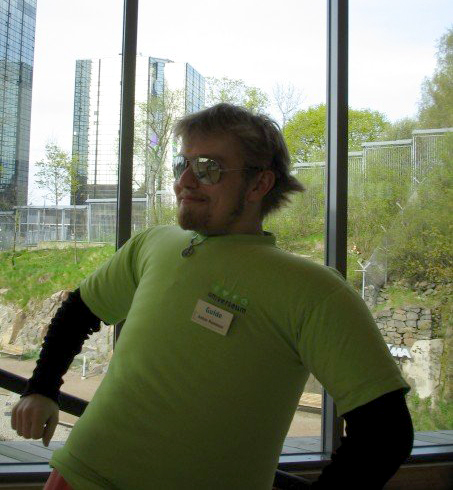 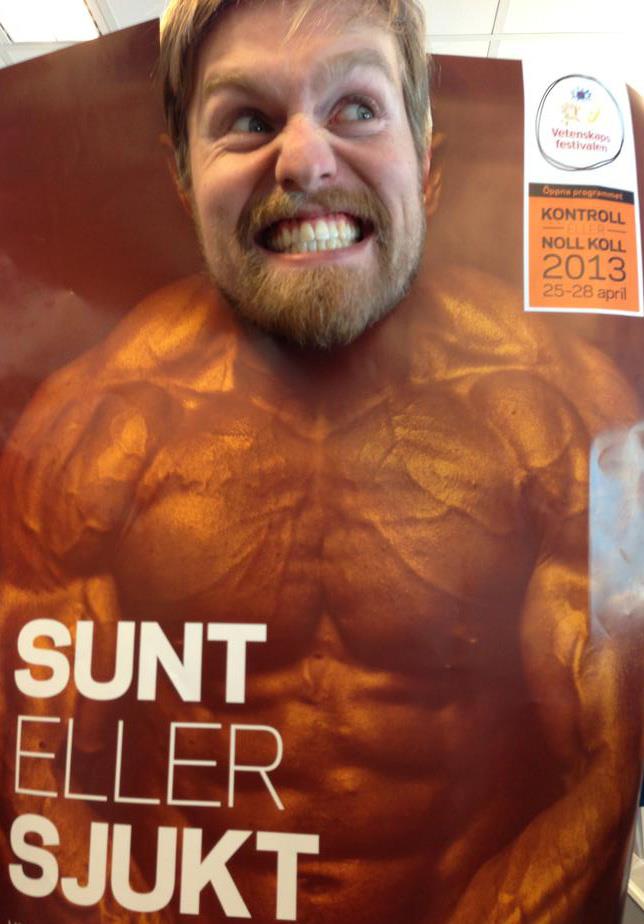 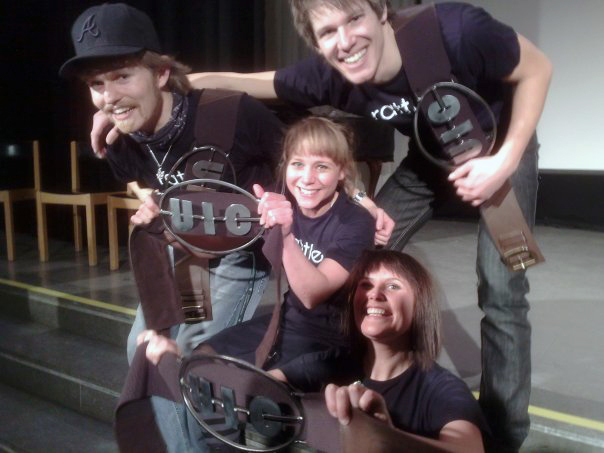 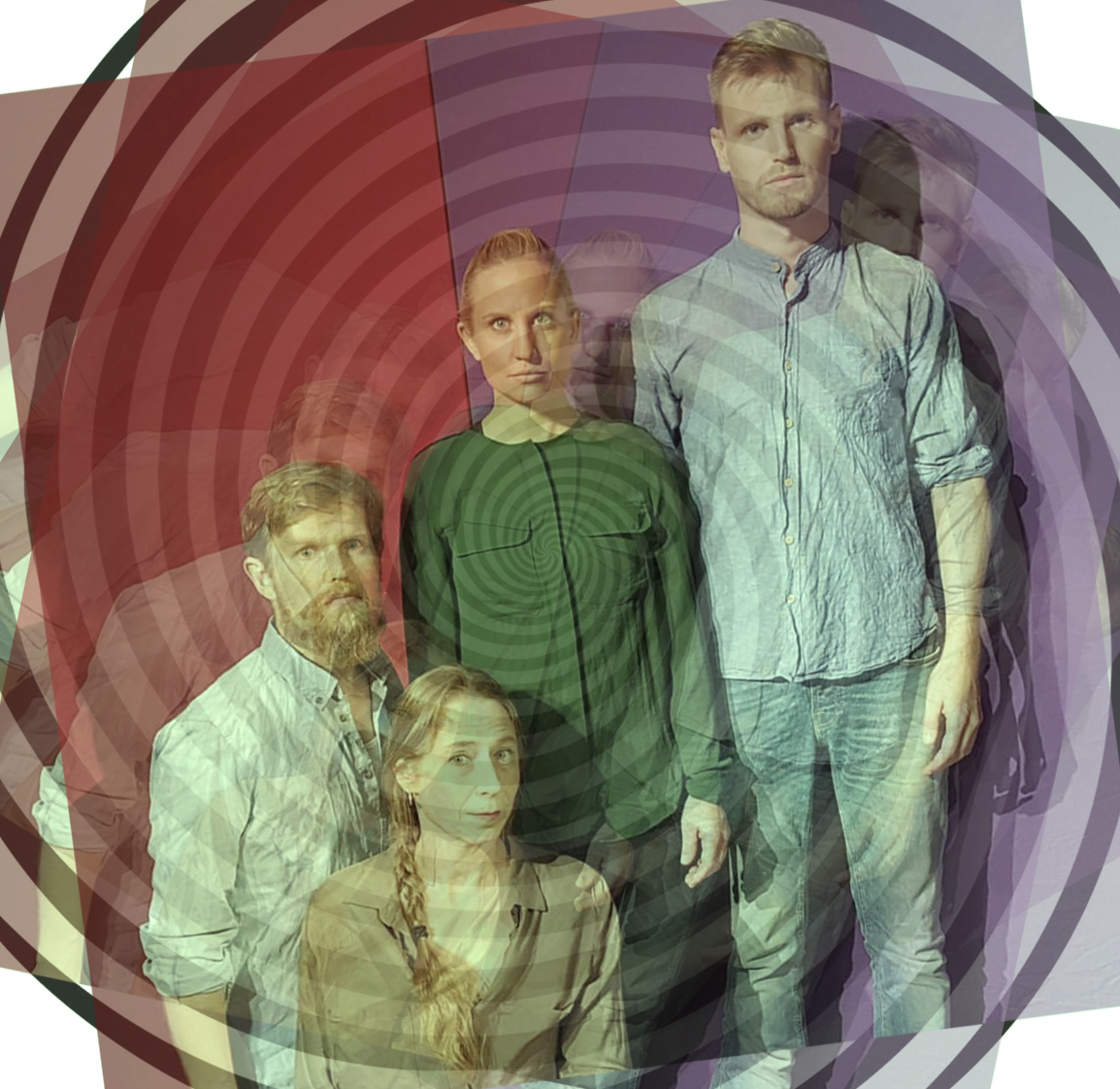 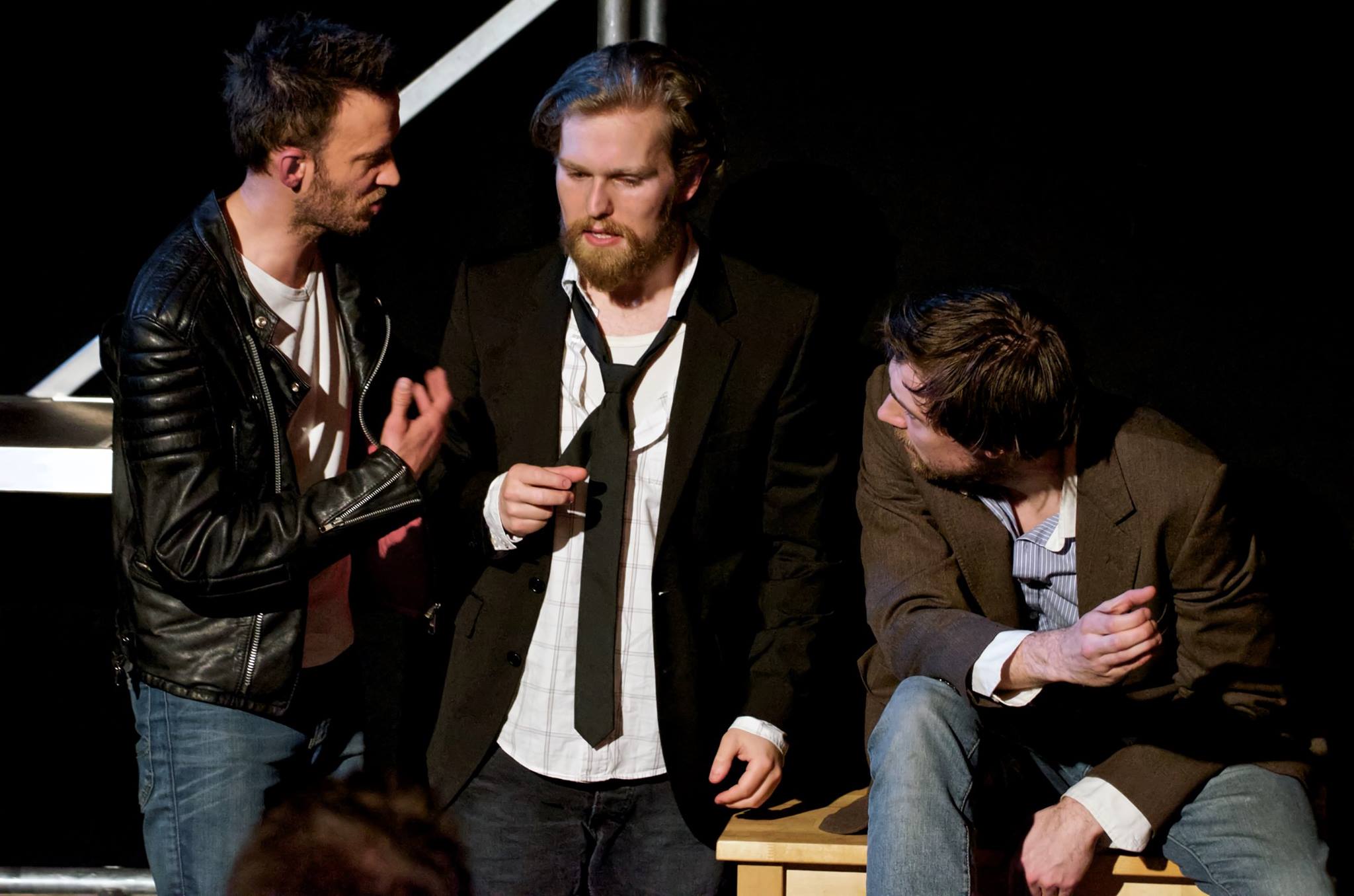 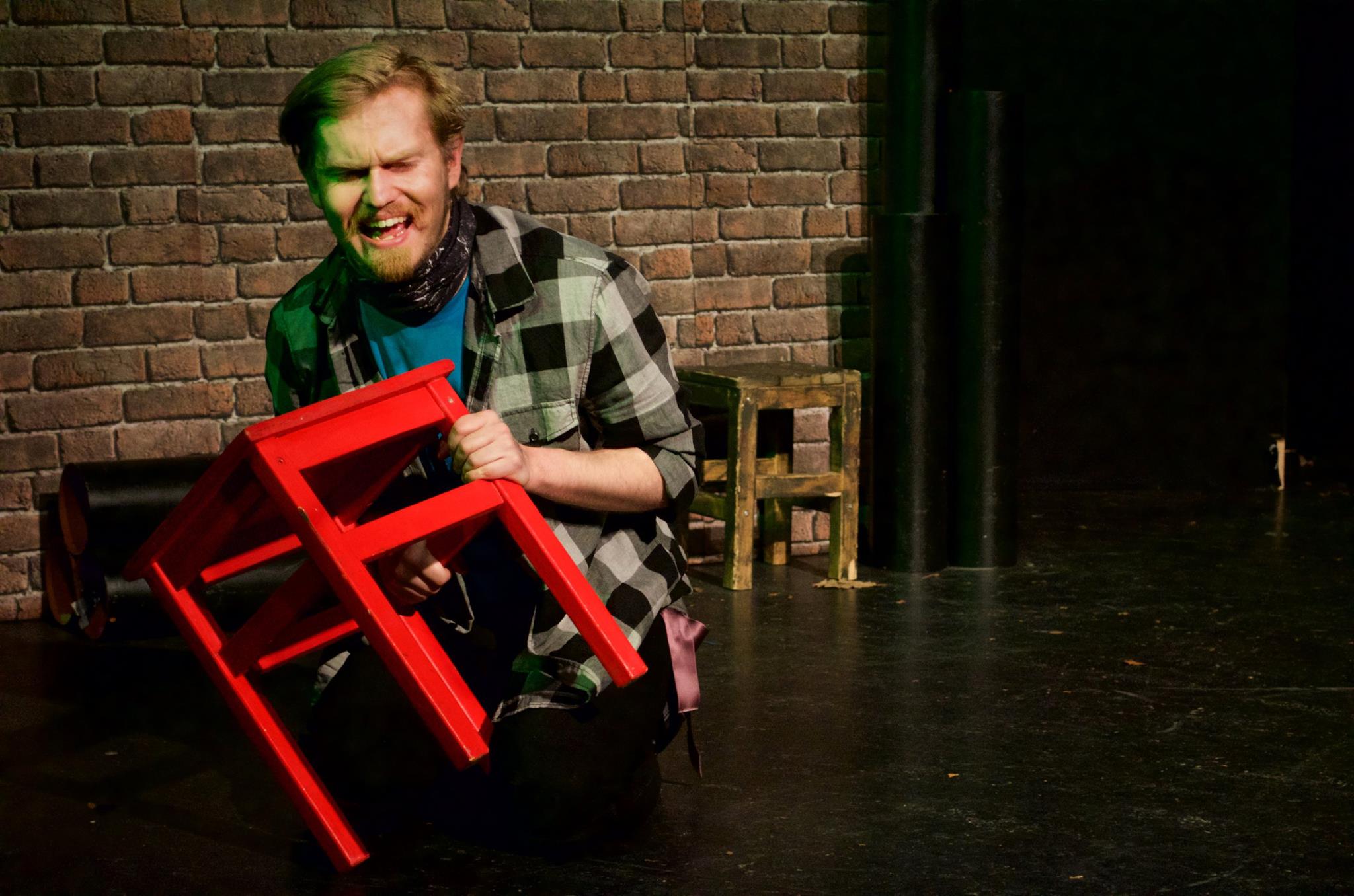 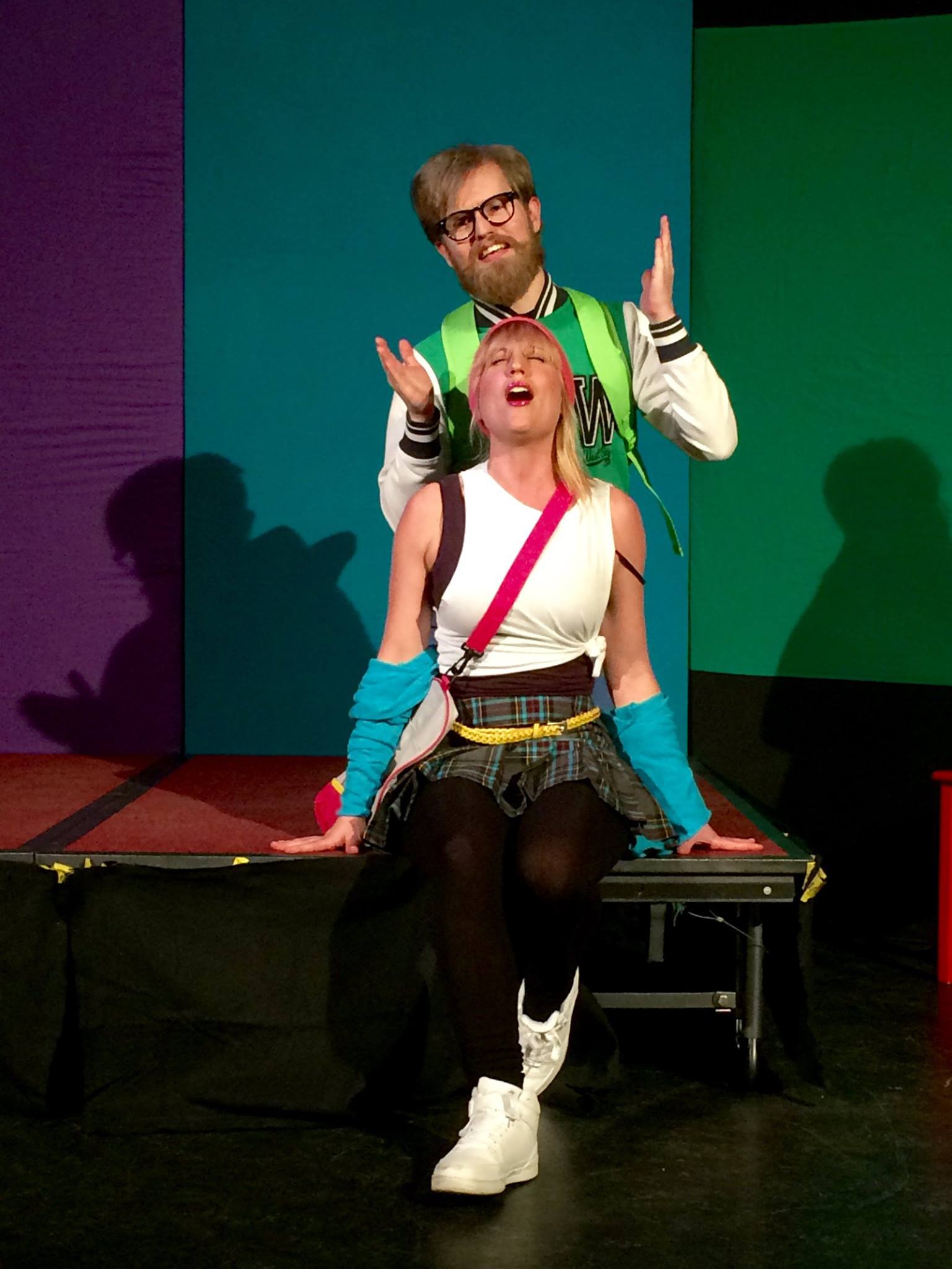 …a snow storm raged through the night in the small village of Torsby. The year was 1983 and during this snow storm I: Anton Johan Romanus, was born. My parents and sister had moved to Torsby from Gothenburg just a few years earlier and three happy years after my birth we moved back to Gothenburg again. And there I was raised. Well, to begin with I was raised just outside of Gothenburg, in Västra Frölunda, and later on in the central area of Guldheden.

That I was meant for the stage was early on established by my grandmother. Even though I had many different interests.

I was a talkative child who enjoyed sitting at the grownups table, somewhat shy in company of other children but I could also be very headstrong. For example: applauding in the middle of my percussion show “wooden spoon meet metal pot”  was something I could not simply tolerate. This was corrected with a loud protest and clear instructions to my audience about when exactly they were allowed to applaud. I have become somewhat more relaxed since then…

I spent much of my time with my head buried in books about animals and nature, or turning over rocks in the garden to see the tiny creatures living beneath. Biologist was one of many dream jobs. Nature documentaries were my favorite shows on TV and I once send a fan letter to famous tv-host Arne Weise. I recently found the answer he send back and I’m currently looking for a nice frame so that I can hang it on my wall.

…after turning six and went to school at Nya Åkerdsskolan to learn more about life. After that I spent a few years at Göteborgs Samskola and then finally high school at the spelling-challenging Hvitfeldtska High School.  Once at Hvitfeldtska I got engaged with the school newspaper called The Lyre Magasine (Magasin Lyran), beacuse the school symbol was a Lyre. This lead to a short career with an youth association called The Lyre, a national support association for youth media (such as School newspapers). They later changed their name and are now known as Young Media Sweden. As part of the board of this association I helped arrange member met ups with school papers from all over Sweden, and I also traveled to meet the papers at their schools where I would give lectures/workshops about newspaper layout and editorial work.

Before graduating I traveled to the US as an exchange student. I lived with the Miller family and studied for a year at Ephrata High School, in Pennsylvania on the cast coast of America.

…when I came home from the US in 2001, I landed my first real job at the brand new
Universeum Science Center. I was 18 years old. That first summer at Universeum I worked as a host, or greeter, in the foyer. But on every brake I would go up to the big Aquarium Hall and since I was wearing my work clothes I was often mistaken for a guide there, to my great joy of course (after all I had spent my whole childhood studying biology and had no problem answering most of the visitors questions). The guide coordinator (the boss), her name was Johanna, grabbed me one day in the end of that summer, took me aside and asked if I perhaps would like to stop my freetime-guide-work and start working as an Aquarium guide for real.

That was the beginning of my seven year career as a guide at Universeum Science Center. At first in the three living environments, but pretty soon in all the five areas that make up Universeum. During my time there I did numerous science shows, snake shows, kids birthdays and over 100 evening events (during these events companies would come after hours for a tour and dinner). I also held a workshop in presentation skills for the entire guide pool of around 30 guides.

After graduation I also did short stint at the university of Gotherburg, where I studied Media- and communication. I left after one year, but by going to the university I found the Gothenburg Student Theater for which I’m very grateful.
After leaving the university I enrolled in a project management education, focused on the event business. It was a two year education and included a three month long internship. I managed to get an internship at the event department of Göteborg & Co, where I got to work with the Gothenburg International Science Festival.

…successful internship I got a call, in the fall of 2007, from the project manager at the Science festival. Her name was Annika, and she asked me if I wanted to come and work for the festival that coming spring, as an administrator.

From the spring of 2008 until the summer of 2016 I worked as an administrator for the Gothenburg International Science Festival, where I among other things recruited 90-120 festival hosts every year. After several years of short term contracts I became a full time employee in 2012. I continued with the Science Festival and also became the administrator for the Gothenburg Culture Festival, where I for a few years had worked as a site manager for one their festival sites.

During my years at Göteborg & Co I also worked with the Gothenburg Christmas City, the Gothenburg Award for sustainability and assisted some other events (for example the European Indoor Championships in Athletics).

…I decided to take the big leap and quit my job at Göteborg & Co so that I could work full time as a professional improviser. I did my last day as an administrator at Göteborg & Co in June 2016.

And, ever since then…

…I’ve been a full time freelance improviser, host/MC and moderator!

But how did I become an improviser in the first place?

Well, it was the year 2004 and I had found my way to the Gothenburg Student Theater where I met a few other impro enthusiasts and together we started an impro group. We took turns leading the group and I was one of the members who frequently took responsibility for our rehearsals. I was also one of a handful of members that wanted to perform regular impro shows for an audience, so we started a theatersports group named Rattle.

With Rattle we made a name for ourselves in the Gothenburg impro community through our unrelenting positive energy on stage and through winning theatersports competitions in the region. Rattle had many homes over the years: Café Kom, Mitt Andra Hem, Folkteatern and we did many guest appearances on other impro scenes and in stand-up clubs in Gothenburg and neighboring cities. It was during this time I also got to know other improvisers in the city and met the members of Gbgimpro.

For many years I was a regular at Gbgimpro’s After Work Impro (still running, the last Friday every month, come and play with us like I did!). The members of Gbgimpro became my friends, I competed in Improvision Song Contest and won the Impro Championship that were both arranged by Gbgimpro. In 2012 I was recruited to their ensemble, quickly started to substitute for the workshop teachers and soon after I taught my own workshops. I have now taught every level of impro that we offer classes in, from beginner (including beginner classes in musical impro) to Masterclass. I have also taught Gbgimpros first impro class in English. I also perform and teach abroad and in festivals when possible.

During all my years as an improviser I have of course spent an immense amount of time educating myself in the art form by studying all kinds of impro and theater literature, playing as many different shows as possible and seeing other improviser’s shows. I’ve also taken maaaany impro classes and workshops for several different impro and theater teachers, both in Sweden and abroad.

To live as an improviser is a constant process of evolving and every single improviser I meet, share the stage with and/or teach contributes to inspire and push me. Thanks to all of you, and see you on the stage!